The site for the new regional headquarters of APAVE is located in the neighbourhood of Borderouge, in the north of Toulouse on the interchange between the ring road and the north urban boulevard. While the parcel is outside the nearby urban development zone of Borderouge, it marks the entry into this zone and thus enjoys a highly strategic location.

The program calls for the creation of 3,492 m² (37,590 ft²) of office space in a four-story building, with training rooms situated on the ground floor.
We chose to align the building with the curve of the highway interchange, giving its façade maximum visibility from the ring road and using it as a signboard for the APAVE Company. It becomes a strong element of the urban landscape at the entry of the urban development zone.
The developer, Kaufman & Broad, selected the construction firm GA as general contractor for the project. It was important to distinguish the architectural language from that which characterizes typical GA buildings, while still using their proprietary “mass-production” building system. This led to an extensive series of exchanges with GA’s research and development department to explore the possibilities for design and fabrication.

The resulting architectural design aims for sobriety, with a palette of three materials: concrete, aluminium, and glass. The north façade, facing the interchange, is a curtain wall with an alternating vertical rhythm of ventilation grilles—air conditioning units are integrated in the wall system—and glass panes following a typical office grid of 1.35m (4 ft, 5 inches). The south façade is composed of prefabricated horizontal concrete units, standard to the GA system. The transition between these façade systems, one vertical and one horizontal, is achieved by rendering opaque some portions of the end façades. One portion is clad in aluminium and adorned with the APAVE logo, while another is clad in concrete and houses the emergency stairwell.

This is therefore a two-headed building: the north side using reflective materials and playing with the reflections of light on the façade, the south side characterized by mineral qualities and playing with the travertine texture of the prefabricated concrete.
Thus composed, the building enters in dialogue with its environment and plays a key role in signaling the entry of the urban development area upon exiting the ring road. 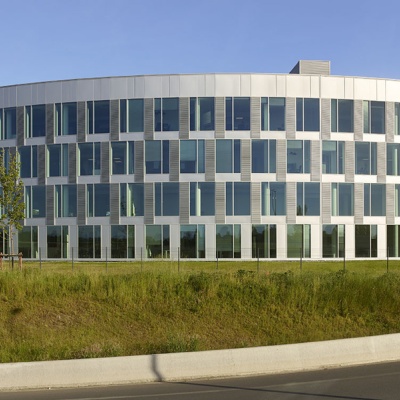 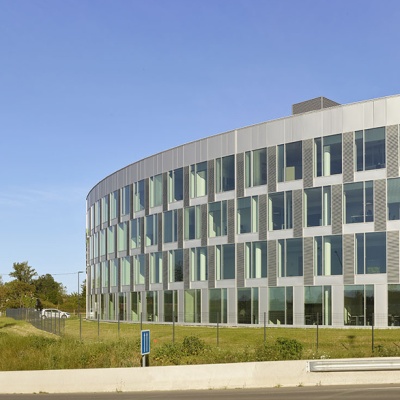 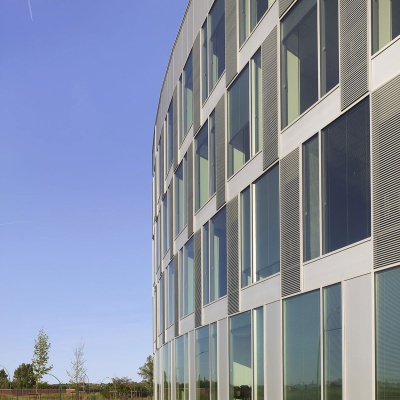 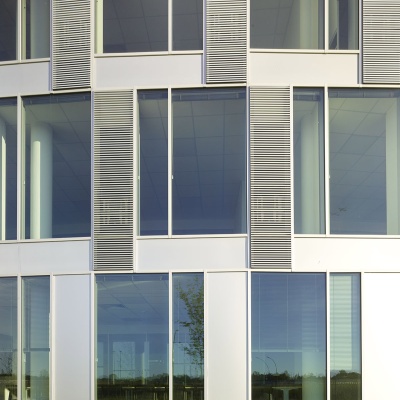 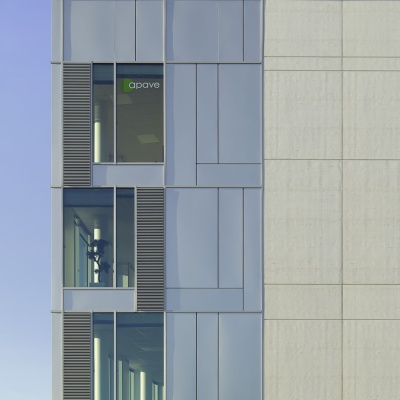 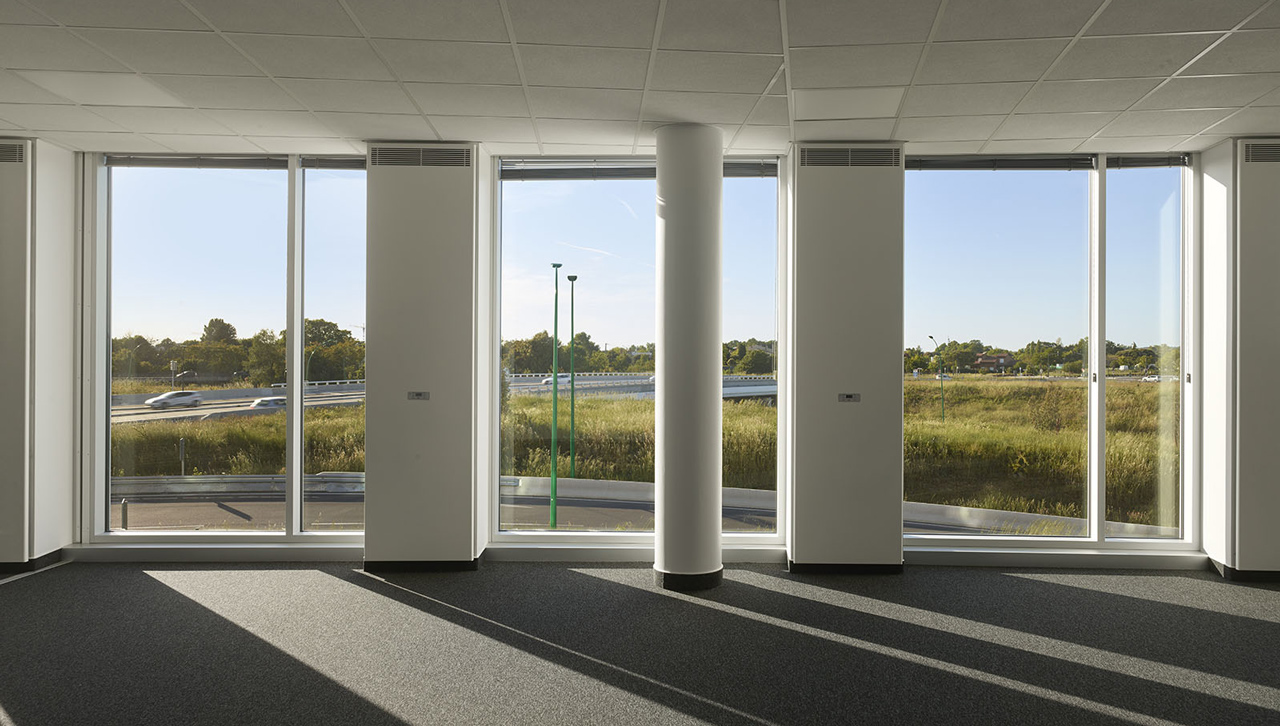 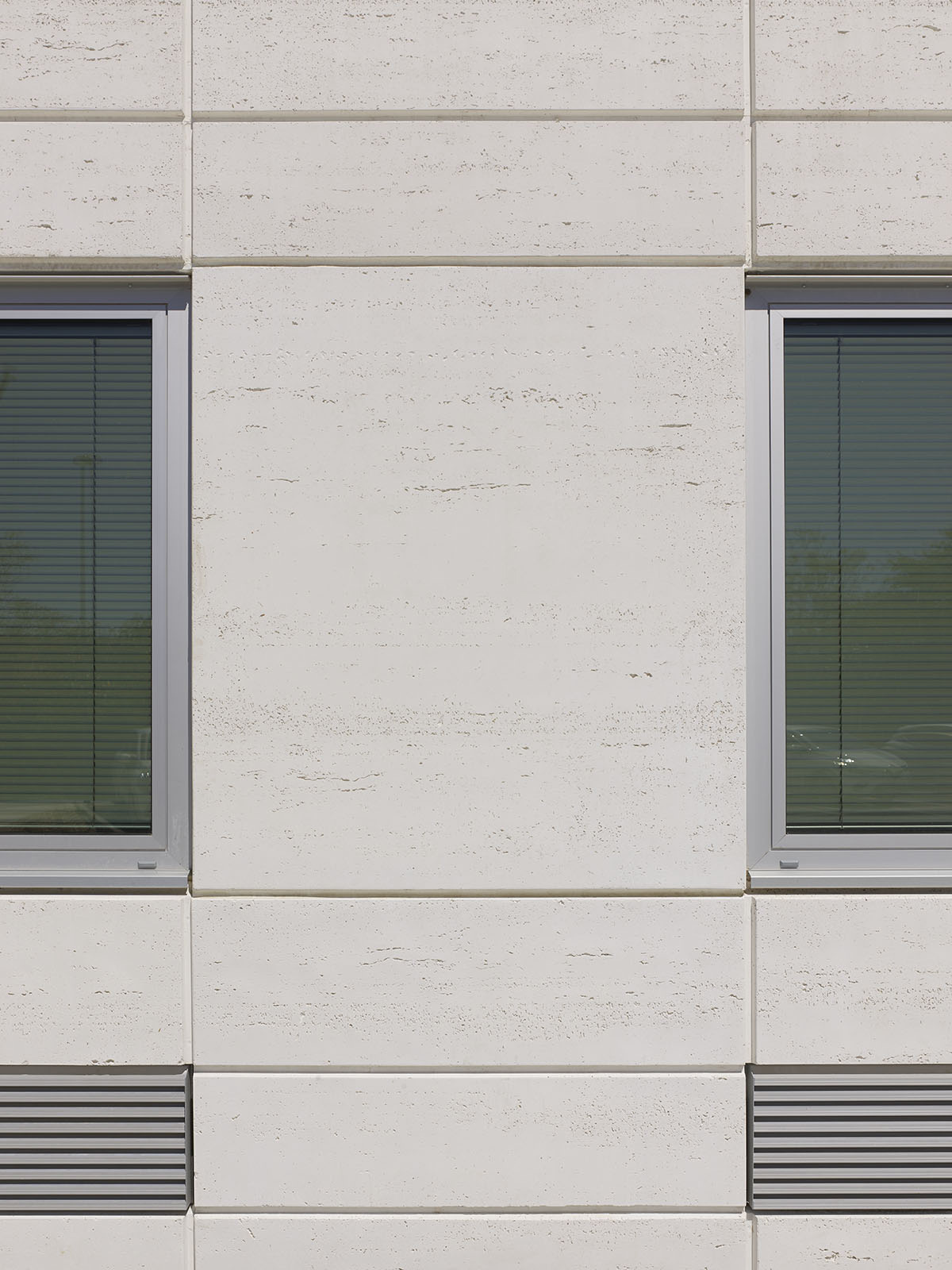 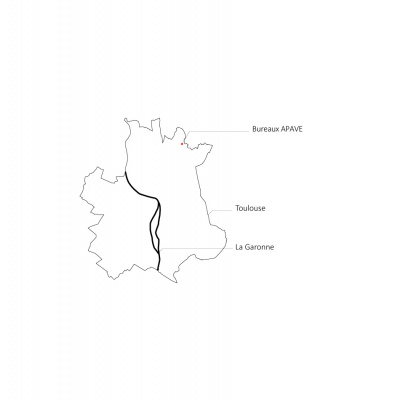 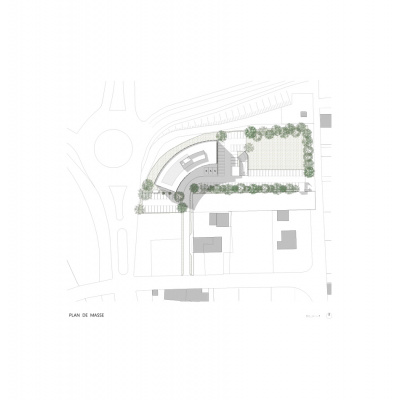 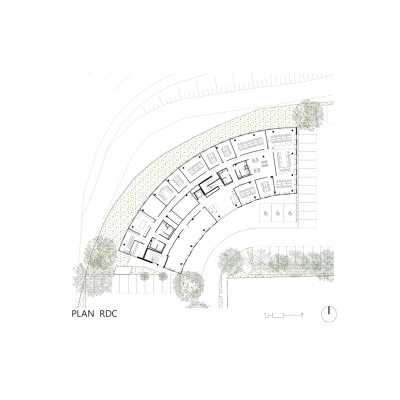 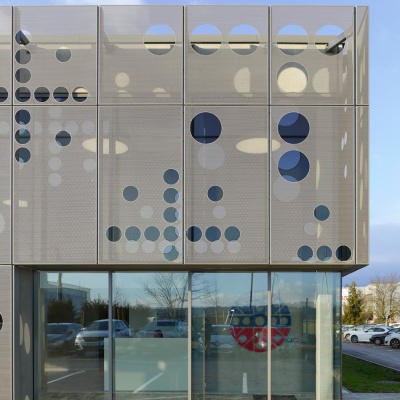 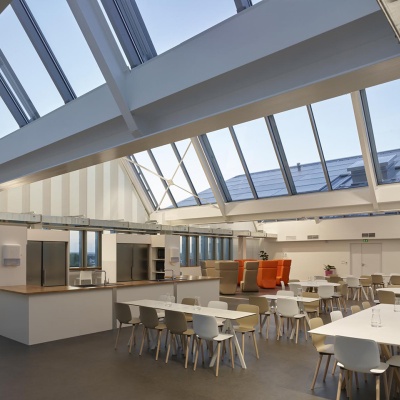 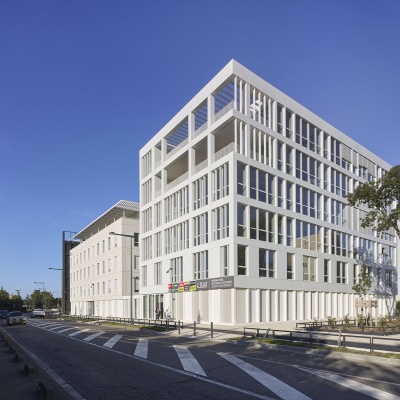